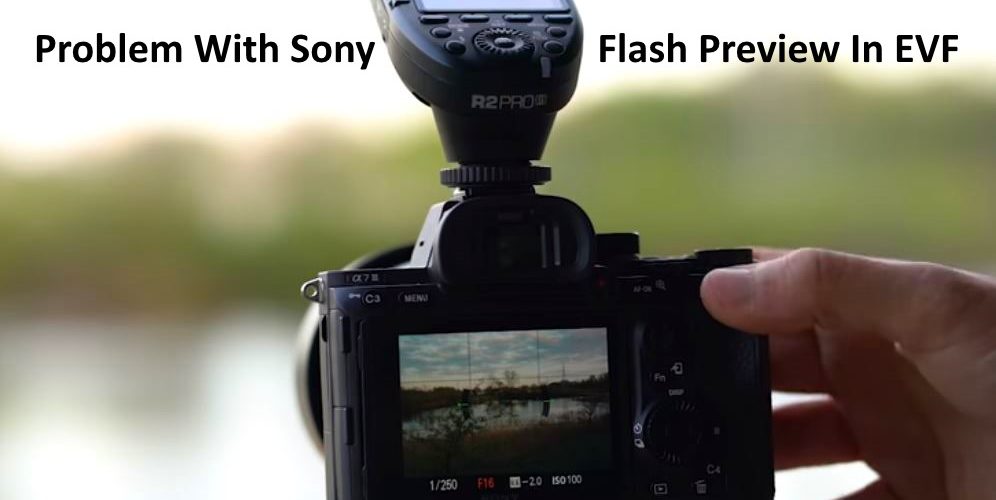 Problem and fix for Sony Cameras flash EVF preview issue on Sony A7R II, A7R III, A7 III, and A9. If you hate the limitations and way Sony cameras display EVF previews when using an external flash, this help video will give your a workaround.

For the video below Robert Hall walks us through why a Sony alpha camera defaults their flash preview the way id does and why it is problematic when using flash with a Sony a7r ii, Sony a7r iii, Sony a7 iii, and Sony a9.

As you mount a flash or flash trigger onto a Sony camera, it attempts to recreate the extra lighting on your subject by increasing the brightness in the viewfinder and live view. The opposite of what many people using off camera flash want is then achieved. The bonus with having the Electronic Viewfinder (EVF) is that it can see how your exposure settings impact the image live. People are dismayed to find that automatically overridden when using flash.

A workaround however, is possible. Programming the “Shot Result Preview” function to a camera button allows you to see your ambient settings, even when a flash or trigger is mounted.

Find Sony compatible flashes and triggers here on the cheap.