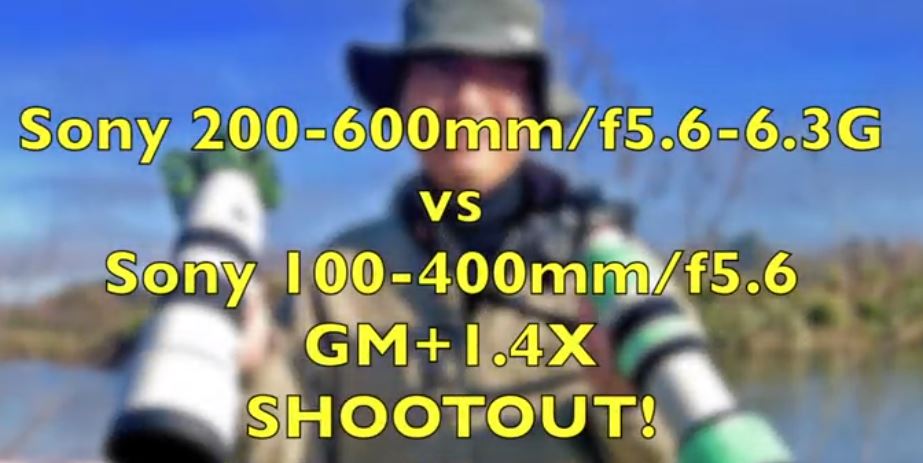 Shootout video between the new 200-600mm f5.6-6.3 G and the 100-400 f4.5-5.6 GM with the 1.4x teleconverter. Both the Sony a9 and the Sony a7iii were used on both lenses testing BIF birds in flight and static birds to get a good comparison between the two Sony mirrorless cameras. Both are great for wildlife but which is the best? Lets find out below.

Thanks to Tuber “Natural World Chew” for the great video shootout between Sony’s best wildlife lenses.

What he brings us is a field test and is not conducted under any controlled conditions. No tripod was used for testing, all was handheld with the cameras’ image stabilization turned on. All shots taken in raw ARW, then converted to dng and processed as jpegs with very little processing.