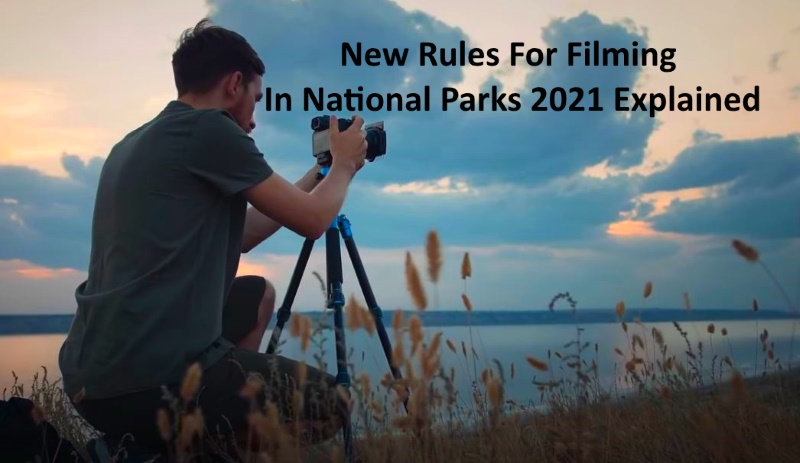 – After a recent judge ruling we have some major filming rule changes for 2021. This includes professionals and amateurs. It will apply to you even if it is filming with your phone, GoPro, or drone.

Now with a judge striking down the National Park Service’s commercial filming rules, the agency has come up with an interim set of filming guidelines that will apply to anyone in the parks. The rules and changes are listed below.

“Under the interim guidance, the NPS will no longer distinguish among different types of filming (commercial, non-commercial, news gathering). Low-impact filming activities in areas open to the public may occur without any advance notice to the NPS or the need to obtain a permit. The guidance defines “low-impact” as outdoor filming activities in areas open to the public (excluding areas managed as wilderness), consisting of groups of five persons or fewer, and involving equipment that will be carried at all times—except for small tripods used to hold cameras.

Filming without a permit is prohibited in areas managed as wilderness or in areas that are closed to the public. All activities in park areas—including filming—must comply with all visitor use regulations, including those prohibiting resource damage, protecting wildlife or mitigating audio disturbances, as well as any restrictions on visitor use in the park’s compendium, such as restrictions on the use of unmanned aircraft systems (drones).

Non-low-impact filming activities require at least 10 days advance notice to the NPS by contacting the park directly. During this time, the superintendent will determine whether the filming activities will require a permit. Based upon the information provided, a permit may be required if necessary to:

Maintain public health and safety;
Protect environmental or scenic values;
Protect natural or cultural resources;
Allow for equitable allocation and use of facilities; or
Avoid conflict among visitor use activities.

Filming activities must not violate applicable laws, such as the Endangered Species Act, the Archaeological Resources Protection Act, or the Wilderness Act. All filming must comply with laws protecting the NPS’s intellectual property, such as laws and regulations governing the use of the NPS Arrowhead and images of NPS employees.”

Thanks to Tuber “RV Miles” for the breakdown video. This is his interpretation of the rules and neither he nor I are a lawyer and are not advising anybody on how they should behave in a National Park.